We are litigating cases on behalf of women who have had vaginal mesh, pelvic mesh or bladder sling implants and have suffered from complications, including:

In 2010 the New Jersey Supreme Court decided to centralize all state court cases filed and future filings before one Judge in New Jersey Superior Court. The cases are assigned to Judge Brian Martinotti Bergen County Superior Court and are referred to as In re: J & J Litigation and In re: Bard Litigation. Our law firm was appointed Co-Liaison Counsel to help lead the cases against Ethicon and Johnson & Johnson. We filed the first vaginal mesh case 2008 and have conducted more discovery in our current cases than any other law firm in the country.

In October 2008, the FDA issued a public health notification alerting healthcare providers and the public about the increasing number of serious health issues associated with the transvaginal mesh. Reported complications include mesh from nine different manufacturers.

In an article published in the August 2010 issue of the journal Obstetrics & Gynecology, researchers reported that a vaginal mesh clinical trial had to be halted early because many women implanted with the vaginal mesh had significant complications.

Then, on July 13, 2011, the FDA issued an urgent public notice advising women and their doctors to consider alternatives to surgically implanted vaginal mesh. The advisory also noted that the FDA would be conducting a meeting in September 2011 to discuss the future use of transvaginal mesh. The FDA was prompted to issue this warning after receiving more than 3,875 injury reports (some of which were deaths) associated with the mesh.

In the past 5 years alone thousands of women have suffered from serious complications following the placement of a vaginal mesh implant. Transvaginal mesh is a type of medical implant used to treat POP and incontinence, conditions that may occur after childbirth, pregnancy, pelvic surgery or from the normal aging process. Vaginal mesh implants, sometimes referred to as bladder slings are surgically inserted. According to the FDA, contributing factors to complications include a woman’s health, implant material, the size and shape of the mesh implant, how the surgery is performed and estrogen levels.

Our attorneys are pursuing cases on behalf of women that have had complications after vaginal mesh and bladder sling surgeries involving the following products:

If you or a loved one has been injured by any of the above vaginal mesh products or other bladder sling implants, contact us today for a free consultation. 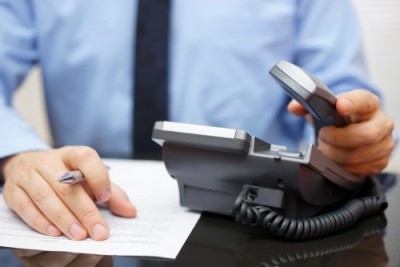 Mr. Mendelsohn is a partner in one of the most highly regarded trial law firms in New Jersey. Unlike most plaintiff firms, our practice is not limited to a particular niche or subset of civil litigation, and this versatility sharply increases our capabilities. Perhaps most important, we have earned a reputation as trial lawyers who will take complex, expensive cases to trial and achieve large verdicts.